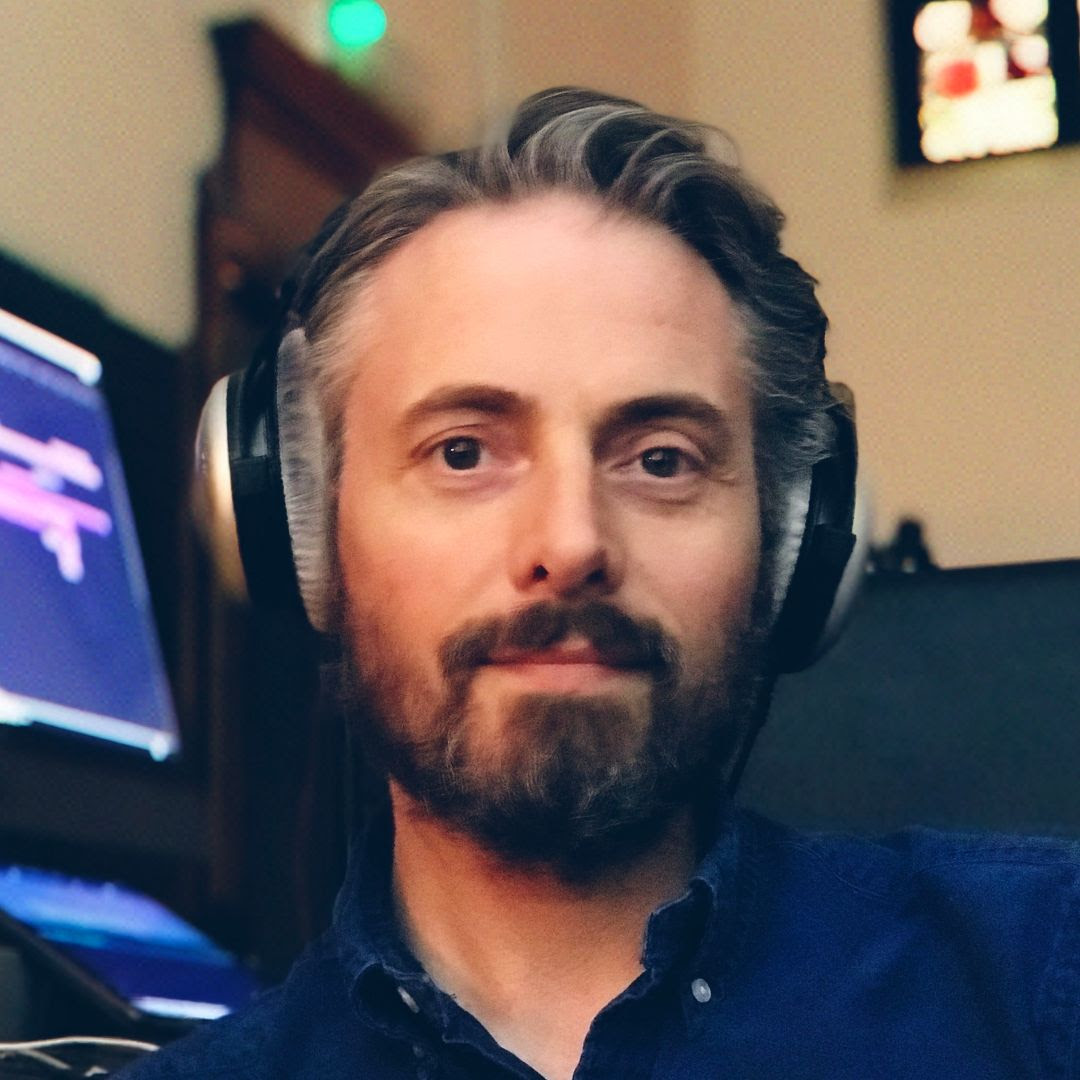 This month, we are featuring Dan Graham from Gothic Storm. Dan started his career as the songwriter in a UK indie band Ooberman (“Times Single Of The Year” 1999). He began composing library music in 2004, and in 2010, invested rising royalties in his trailer music labels Gothic Storm and 7 other catalogs (Gothic Hybrid, Toolworks, Library Of The Human Soul, Minim, Lovely Music, Songcraft and Future Pop). Gothic Storm music is regularly placed in Hollywood movie trailers including Black Widow, Onward, Tenet and Top Gun Maverick.

How did you get your start in production music?

When our band came to an end around 2004, I hit a crossroads wondering whether to give up on music or keep going. I thought I should give it a good try and wrote a list of ways to make a career out of music, including production music, music for games, advertising, films and TV shows; I spent 2 months researching and sending out a lot of demos. From that, I landed some TV documentaries and production music albums with good publishers. I took that as a good sign; I much preferred library composing to the documentary composing (more fun and creative freedom!) and never got as far as a plan B.

By 2010, I was earning a good royalty income and invested it in starting my Gothic Storm trailer music catalog. As it started to get some success, I gradually increased production and added new labels. Now we make 130 albums per year for 8 labels with a bit of a team instead of me just doing everything.

What is your favorite style of music to create and why?

Orchestral music, but with other sounds added if needed for ear-catching color.

What was your first ever placement?

For me as a composer, I have no idea. For better or worse, I’ve never really looked too deeply into where my stuff was being used, I was just happy with the income and the opportunities it gave me to buy better gear and set up my own catalogs.

As a publisher, I remember it was a Rise Of The Planet Of The Apes theatrical trailer in 2011 from one of our first albums. It was amazing news. The placement came from us just sending off an email to a music supervisor we didn’t know. I had no idea what I should quote or who I should ask, so I just picked a round number of $5,000 while having no idea if that was too high and would scare them off or too small and I was throwing money away. As I’ve discovered, it was too low, but actually in the ballpark of what quite a few smaller, less well-known catalogs were charging, so not the end of the world.

It just seemed like unfathomable good luck to me. I’d never been to LA and Hollywood seemed like a very different world to me and my life in northern England. In hindsight, the music was good and some music supervisors will randomly give something new a listen once in a while so you never know.

What has been your favorite placement or project you’ve worked on thus far? What made it special for you?

It’s probably the custom jobs that I get the biggest kick out of because the projects are so cool and there’s the competitive edge where we’re up against the best trailer publishers and composers in the world. Some great custom moments were the latest Jumanji theatrical trailer, Ready Player One (our first major custom trailer) and Dumbo. It’s been great working with the streaming platforms too – keeping our custom work running during the lockdown!

What has been the most unexpected aspect of this industry for you?

Nobody’s perfect but production music composers and publishers are a welcoming bunch of people compared to other areas of the music industry. Careers are built long-term based on ability, hard work and being reliable compared to, say, the record industry, which is a bit nuts with the money following fashion, fans and trends. I’m sure some people like the glamour but I much prefer this world!

There are people outside production music that still view it as lower quality than commercial, TV or film music but it’s only as low-quality as your composers and standards; if you keep everything amazing, it’s amazing. The more I got into it the more I realized how dazzling the talent is.

I also had no idea you could earn a good income from production music, so that was a nice surprise once the performance (broadcast) royalties started coming through.

Another great plus for me is the teamwork. When in a band, it can be a bit competitive between band members. Starting out as a composer, it seems like you’re on your own but you quickly realize that good publishers are built of a team of people – staff, composers and freelancers – all working together to get a job done well.

Where do you find your inspiration?

As a publisher, it’s a mix of watching TV and films to see what I think we could do better, asking composers what they want to do (often if they think it’s a good idea, it is!) and especially talking to the clients – the music supervisors and editors who use the music – about their work, what they need more of, what would save them time and if they have any bright ideas.

As a composer, it’s usually film music – especially John Williams and Danny Elfman – but also the great composers. However good you think you are, you realize you have a long way to go listening to the greats performed by the best players in the world.

Someone once said to me, “why don’t you invest your writer royalties in setting up your own publishing company?” He owned a publishing company and offered to sub-publish our stuff. Then he withdrew the offer after I spent $20k on orchestral recording; luckily we had great stuff and landed on our feet. The moral of that story is do great stuff and believe it will succeed; you’re more likely to succeed with this mentality than if you do nothing because you’re afraid it won’t succeed.
Lastly, give us your best industry tip!

Produce a lot of extremely high-quality music with great concepts and great artwork; be confident and positive. Take risks and listen very carefully to those who are more successful than you, or are customers who might choose your music (publishers if you’re a composer; clients if you’re a publisher). If you truly listen, you can do just what they’re asking for, ideally in a creative and unexpected way that’s better than they imagined.

Also, listen very carefully to the music that’s actually being used and try to think about why they made those decisions so that you can do it better!

About the Author: Morgan McKnight

Go to Top
Richard Mille Replica is not like the Patek Philippe, Vacheron Constantin, and other brands that have a long time of precipitation and technical accumulation. Just less than 20 years of history, they can live in the ranks of top watches and are sought after by the world’s rich and celebrities. In this regard, it is unprecedented. Behind such popularity, the innovative concept of the founder is inseparable. But more importantly, it uses the most advanced materials and technologies.